Baba Neeb Karori Maharaj used to visit Vrindavan quite often. This was well before the Ashram at Vrindavan came up. He would come to Vrindavan and stay at the place of Hathiwale Baba on Parikramam Marg, which was actually a shack at that point of time. Others who accompanied Baba Neeb Karori Maharaj to Vrindavan were accommodated in some dharamshala. The shack where Baba Neeb Karori Maharaj used to come and stay is now a temple well known to all as Gore Dauji Mandir. At that point of time the place was outside the main hub centre of Vrindavan and there was no inhabitation in the area. It was actually in wilderness bereft of any vegetation except thorny bushes. Baba Neeb Karori Maharaj specifically chose the place where the Ashram exists. There was a lot of apprehension in the devotees about such a place being chosen and the same was conveyed to him by some of them to him to which he replied in times to come this place would be hub centre of all the activities. What could not be perceived then by minor mortals like us today reflects on what he had told then. Once an uninhabited land, full of thorny bushes, bereft of any vegetation and a place where no one ventured in those days was blessed by him and by his grace the place has become a centre of all major activities. 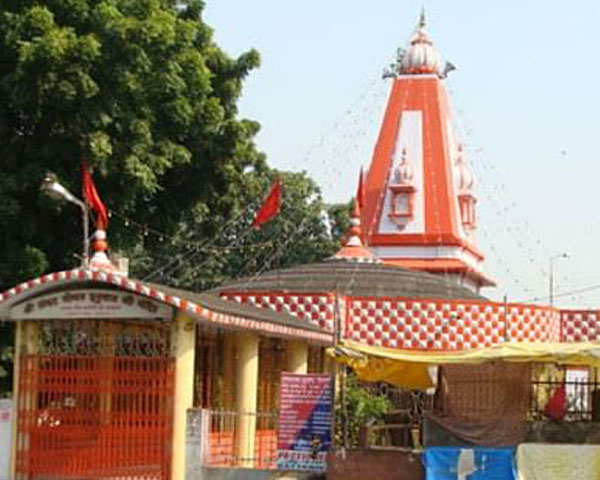 This land was of Dr Harikishan Ji Having acquired the land the first thing that was done was Pran Prathistha was a small moorti of Sri Hanuman ji by Baba Neeb Karori Maharaj himself. The moorti is located adjacent to the big Hanuman ji’s moorti at the Hanuman Mandir.

In Samvat 2025 (year 1968) Sri Mangatu Ram Jaipuriya Ji constructed Hanuman Ji temple in the memory of his brother Raisahab late Seth Puranmal Ji Jaipuriya. The statue of Hanuman ji was built in Jaipur . Upon the arrival of the statue in Vrindavan it was found broken but by the grace of Mahraj ji it was found ok without any treatment.

Please fill our short form and one of our friendly team members will contact you back.